PageLines DMS was “secretly rumored” for a while, and some weeks ago, some official info was finally launched. The PageLines team have definitely held their cards close to their chest, in an almost Apple-like top-secret fashion. Probably due to two reasons:

1. To avoid getting ripped off before even entering the market.  (update: later removed… good choice!) clearly confirms they do hold such a fear/belief.

(I find that blog post distasteful, by the way)

That’s the nature of things. I do understand why they’d choose to go the “secrecy-leak-hype-launch” route. It does have its merits, allure and  power to seduce potential buyers to mindlessly rave and consume. But I would personally have wished they’d been just a little more concrete (and not abstract) in the very staged, almost artificial blog post hype sequence, leading up to the launch.

The pitfall of over-the-top hype can backfire, which I think it did in the case of the PageLines DMS launch.

They got hacked. Since this is a review, not a Fox News report, I’ll leave it at that, but just add that I think it’s obvious they’ve made some enemies in the process of hyping PageLines. Pride is the 7’th deadly sin, after all.

A more open, approach could, in my opinion, have helped them gain more friends, fans and followers.

It all boils down to a forbidden fruit

PageLines as a company is very Apple-inspired. PageLines’ infomercials were at some point almost blatant copies of Apple’s popular infomercials. You know, the ones where Bob Mansfield and Jonathan Ive are praising new products. At least PageLines decided to switch out the white background with a black one:

Looking back at PageLines 2.x … I think the hype is a little over the top in that last one.

It’s important to realize that Apple are outliers in the industry. Not everyone has the resources, hired talent, brand strength (and former genius leader Steve Jobs) like Apple.

My PageLines Apple rant/tease is not just targeted on their videos. It’s much more for their launch sequence, secrecy, hype, arrogant pride and fear of getting copied / ripped off to an almost ridiculous extent.

I’ve previously used PageLines version 2.x when working on various client projects. I’ve criticized it for its confusing nomenclature and being too rigid for non-coders to fully customize, to deviate away from the usually very recognizable “PageLines look” of many PageLines websites. Have a look at this typical screenshot: 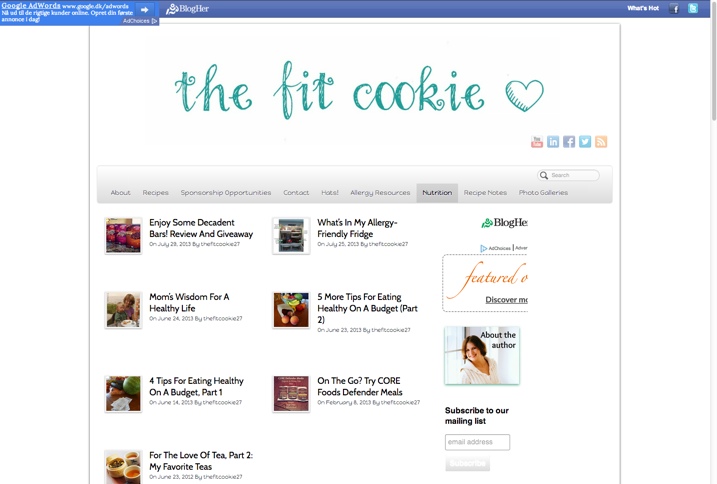 I’ve been so excited to see if PageLines DMS will clear away the deal breakers that prevented me from using and recommending PageLines 2.x in favor of better choices like Headway – hopefully without introducing new usability problems.

A fair and balanced PageLines DMS review awaits you!

In this PageLines DMS review I will try to pretend that I just fell down from the moon, and therefore know of no competitors to PageLines DMS. In other words, I will focus 100% on PageLines DMS and nothing else. Be open to its goodness and eventual weaknesses.

So, let’s get to the meat of the blog post – The WebMatros PageLines DMS Review™

With the release of DMS, PageLines have made two, quite bold moves:

2. Switch to a subscription-based payment model.

The open source version can prove to be disruptive to the premium WordPress theme framework market. Competitors may or may not also have to switch to a similar model, within the next year or so. Time will tell.

An open source version certainly lowers the barrier of entry for many people. Who can argue against free?

A subscription-based based WordPress theme? Not something I like. I’m not a Netflix or Spotify member either. The big problem is: As soon as you stop paying – you have nothing. No music, no movies.

In the case of PageLines DMS you do have something though. Your site will not stop working. You just lose access to the support and extra bells and whistles that the paid subscriptions give you access to. But it isn’t completely transparent to me (and many other people) what a paid PageLines subscription concretely gives you, and how locked-in your website will be.

Subscription-based business models does have a few advantages though:

1. The business’ cashflow will be steady. The company won’t end up with hordes of support requests from people who’ve paid in full a long time ago. PageLines will be a healthier, more vital business because of this.

2. just like the open source free version; it lowers the barrier of entry. Most people will rather pay $20 and get instant access, than pay $200 to buy and own forever and ever. $20 feels like 10x less risk than paying $200.

Say you want a revolution?

Lyrics from The Beatles: Revolution

As I wrote above in the intro, PageLines DMS has been heavily hyped and touted as no less than a revolution. A game changer in the WordPress theme market.

Let’s dive deeper into PageLines DMS to see if it is in fact revolutionary.

After installing DMS, I couldn’t find any DMS related options in WordPress. I had to tweet @PageLines for help. They told me everything happens on the front-end of the site. Aha! There it was… Well, almost. Using the Safari browser, I was reminded that:

PageLines DMS is Chrome only!

Using Google Chrome? Well, you should… or… in the case of PageLines DMS: You have to. PageLines DMS editor only works when using the Chrome browser. For some people, that’s a big turn-off. Me? I can live with it, but think it’s an odd choice.

While this probably makes it easier and faster for the PageLines team to develop PageLines DMS and maintain a consistent user experience, it is somewhat inconvenient for the users. Anyway, I can live with it.

The UI of PageLines DMS is sexy and elegant though! A lean, collapsible bar holds the PageLines interface.

They’ve also solved 90% of the issues I had with the confusing, ambivalent nomenclature / labeling of various features and functions in PageLines 2.x.

So far so good!

Sections in DMS are almost like sections in PageLines 2.x

Layouts in PageLines DMS are are made of Areas, which are full-width, fluid wrappers. Inside these Areas, you place Sections. Sections are the building blocks of your site. There are many different Sections, though the open source version is limited in this respect, so some Sections are marked as Pro only. 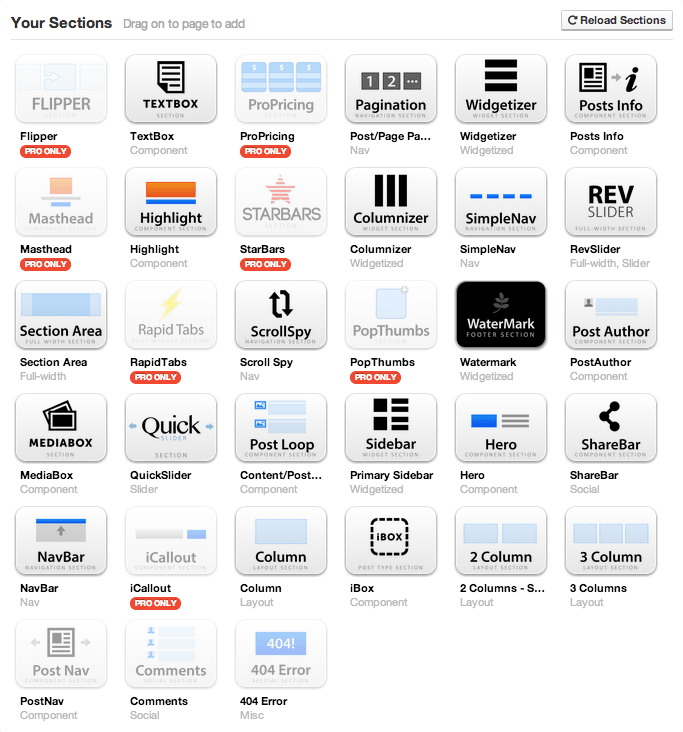 The Areas (full-width wrappers) has optional built-in parallax effect for the background images. I like the depth it creates. Sexy!

Some of the sections has optional viewport animation built-in, so page elements animate into view, as the user scrolls down the page. That’s visceral design in a box for ya! Cool eh?

I also like how the iBox section let’s me easily create feature and benefit boxes, etc. For each box you can choose from a long list of minimalistic icons. Pretty cool.

Instead of me trying to explain how it works, have a look 4:31 minutes into the official Getting Started video:

See how structered yet flexible that is? Neat!

You can now create as many templates as you want. In PageLines 2.x you were limited to five, and I don’t even think they could be renamed. Quite confusing.

But while it’s great to put everything in its place, you also need to make it look good, match your brand and message. How does DMS fare on that front?

Design controls (can anyone now design their own dream website?)

Imagine being invited to a fine dinner. As a starter course, you get served caviar. The best of the best. For the main course, you are served… rice pudding.

The PageLines DMS template system is the caviar. Its design controls are the rice pudding. A big disappointment!

When it comes to design controls… Basically, there aren’t any. You get to choose two fonts: One for your headlines and one for your body text. Google Fonts are supported, though only a small selection. To use the many that are not supported, you need custom CSS. 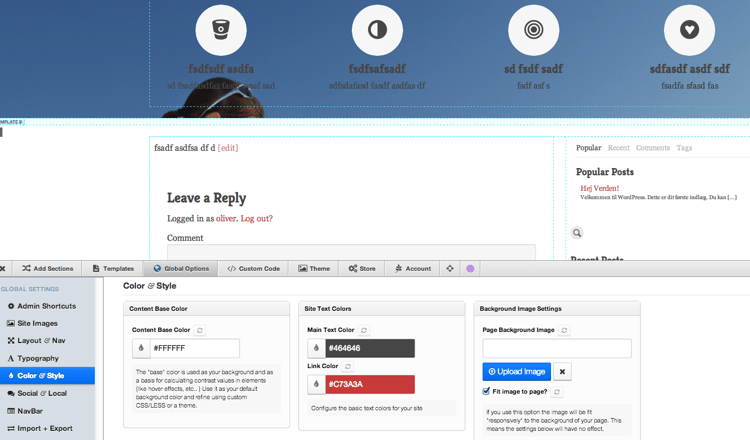 As you can see on this screenshot, it’s simply not enough. It is downright pathetic.

With the super nice Area background options, with parallax effect and all, it’s quite natural to want to use both dark text on white background, as well as white text on a colored, darker background. But in PageLines DMS, that’s a no-go, unless you can write CSS. As a web designer, I can of course write CSS, but most regular people can’t.

I strongly believe in a future where cutting-edge technology / themes like PageLines and Headway (and whatever competing tools might come) will enable anyone to design (and fully maintain) their own website. What I call DIY web design.

The built-in design (styling) controls in PageLines DMS are extremely limited. A real shame, since the layout engine is so frickin’ good! It’s like they stopped development too early, when only half of the product was done.

I’m not dumb, so I do have a guess about why PageLines decided to conceive DMS this way. It means they can sell skins – what they confusingly refer to as “themes”. But that’s only a benefit for them as a business.

In reality, it means non-coders / regular people (who can’t write CSS) can layout their site… But can NOT style it. That’s fuckin’ dumb if ask me.

Halfway there isn’t really getting there – It’s getting only halfway there.

But, from another perspective, seen through my pink-tinted sunglasses, I can see some benefit in the scenario where I develop a site for a client, who can then easily change layouts and create new ones, without breaking the overall design / styling of the site.

But my goal is to take myself out of that equation. People shouldn’t need to hire a guy like me to make their website.

Some changes require clicking on a little refresh icon. To my big shock, it refreshed the whole page! It was a hard, slow page refresh. Not a soft, smooth ajaxy kinda refresh, which would’ve felt better. Can’t have it all though.

Will you stay for desert?

So, well… is PageLines DMS really revolutionary after all?

PageLines DMS reminds me a bit about both the WordPress CMS competitor concrete5, as well as the now discontinued, free WordPress theme framework PressWork. Heck, there’s even a tiny stint of MojoMotor from EllisLab in there.

I can absolutely see what John means. By “Visual Builder” I’m pretty sure he means Visual Composer – a very popular WordPress plugin that lets you create columns and more, directly in your WordPress content editor.

Builder from iThemes has a somewhat similar approach to the template building in PageLines DMS.

PageLines DMS lacking any real, deep design controls, needing you to make child themes with regular ol’ CSS coding, does indeed make it feel like a Genesis child theme, on a WordPress website, with the Visual Composer plugin installed.

Heck, even bad-boy Thesis 2.1 has more design (as in: “styling”) controls, than PageLines DMS!

That leads me to one of my pet peeves when it comes to WordPress theme frameworks! Even Headway my personal favorite so far. In fact I’m so annoyed and flabbergasted about it, that I’ve decided to write an upcoming blog post about it. Keep an eye (or two) on this site.

Will I use PageLines DMS myself?

Well, yes I will! In an upcoming project I’ll probably give it a go!

What about you? Have you tried out PageLines DMS? What do you think about it?

PS: You can save 10% for the lifetime duration of your PageLines DMS membership by using the code dmslaunch if you hurry.